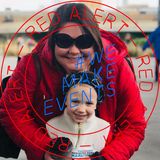 NASHVILLE, Tenn. -- From the Magic City to Music City: Nashville’s beer scene will soon have a new brand on tap. Four brews from Avondale Brewing Company -- “the beer you have when you’re having fun” -- will be available at popular neighborhood spots starting January 27.

The initial launch will include the Birmingham brewer’s Sour Pash sour, Spring Street saison, Mosey amber lager, and A-OK IPA, beginning with a lively event at Acme Feed & Seed on January 27 from 6:00 to 10:00pm.

“As someone who grew up here, getting our beers to Nashville has always been a top priority,” said Malone. “Avondale and Nashville have such a shared spirit, from the ‘good time’ vibe to the music and entertainment we love. We’re excited to bring the great Avondale beers to our hometown, and tell the story of Avondale’s incredible venue, which is just a short drive away.”

Avondale Brewing Co. (ABC) is a sister company of Good People Brewing, which launched in Tennessee in 2013 and is widely known for its award-winning IPA, Pale Ale, and Mexican lager, Muchacho, among others.

Located in Birmingham’s historic Avondale neighborhood and in a landmark building, ABC’s multi-level brewery boasts more than just beer production. In addition to a tap room and separate event space, the likes of Moon Taxi, Nappy Roots, Tyler Childers, Sublime, St. Paul & The Broken Bones, Jamey Johnson, The Revivalists, Shovels & Rope, Jon Pardi, Aaron Lewis, and The Head and the Heart have performed in the venue’s 2,500-capacity outdoor pavilion area. The venue also hosts sports and movie screenings, as well as popular out-of-town concerts that are streamed on a sprawling digital media board. This Spring’s concert and event lineup is available online at avondalebrewing.com.

“Fantastic beer is just a portal into what Avondale is all about,” said Eric Schultenover, who has lived in the Nashville area for more than 30 years. “Music and community are intertwined with the brand, and that’s rare -- Avondale has the ability to bring people together for unique experiences. It’s such a great fit with Nashville.

“We grew up here, went to high school here, have seen the growth and know what Nashvillians are all about,” continued Schultenover. “Avondale harkens back to the days of what Summer Lights, Dancin’ in the District, and spots like Faison’s and Villager used to be -- places people went for great music or just fun times with friends. It’s something outsiders have a hard time tapping into, and our beers are a great way to show that the ‘true Nashville’ is still alive and well.

Launch events and “pint nights” are scheduled at establishments in Nashville, Franklin and Murfreesboro starting January 27. These launch venues share the same unique spirit as the Avondale brand.

Currently announced events, which include drink specials, swag and Avondale concert ticket giveaways, and other fun activities -- and at which the media and public is welcome -- include:

ABOUT AVONDALE BREWING CO. Avondale is the beer you have when you’re having fun. With that in mind, we’ve spent the better part of a decade making beers we thought would be best at a concert, a tailgate or around the fire with your best friends. We have a lot of fun, too. Our historic brewery is home to a tasting room, event space and a 2,500-person outdoor venue, where we showcase some of the best acts in the country. Learn more at avondalebrewing.com.