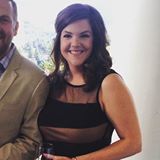 Belgian-style beer knowledge to help you survive the holidays

Yep, it’s November, so step up your Instagram feeds with those beautiful fall leaves, boots, boots, boots, blatantly unattended facial hair, and bountiful platefuls of food. But, before you pick up that turkey leg (Because it’s yours. Because you called it first, so it’s yours, gah, back off, Uncle Steve.) and let the sweet waves of Tryptophan wash over you, let’s get you prepared for your family’s next awkward table conversation with some brewing knowledge!

There’s a handful of pros down on 41st Street with a passion for brewing Belgian-style beer, so we hit them up for some highlights. Avondale Brewing Co.’s brewer Nate Darnell helps manage ABC’s production operations, with a focus on its barrel room, which houses the Belgian-style production process. Darnell, a South Carolina-born brewer got started in college and refined his focus to production in Birmingham in 2011. After a few years with the crew at Good People Brewing Co. (you know them, they’re good people), he joined Avondale earlier this year, where he says, “The best part of this job is the freedom to be creative. Brewing is artistic—you can take any malt, any hop, any yeast, or anything really, and create something that is unique. We are constantly brewing test batches here with a heavy focus on experimenting with new ingredients.”

If you read “experiments” and your inner Bill Nye got excited, I’m right there with you, let’s learn more.

Generally, for us brew-illiterates out there, Belgian beers are characterized by the flavors the yeast create during fermentation. For example, typical characteristics found in Belgian style-beers include esters that can give notes of banana, pear, or pineapple paired with phenols that can give off clove, pepper, or maybe a bit of smoke. And there are a lot of different styles of Belgian beers—saisons, tripels, dubbels, quadrupels, lambics, gueuzes, ambers, browns, reds, stouts, wheats, and the list goes on. According to Darnell’s taste buds, his top five favorites that you should try out this Thanksgiving include:

ABC's best-selling Belgian-style brew is the Spring Street Saison, which is considered the company’s flagship brew and is said to have helped spawn the idea for ABC. “It became the noticeable flagship quickly after we opened—it appeals to a large crowd because it’s a light-colored beer that has a lot of flavor, but isn't overly hoppy,” said Darnell. The Spring Street Saison (“saison” literally meaning “season”) is also unique because ABC uses open fermenters that were once traditionally used before modern conical tanks were invented. “This gives a little bit of wild character to the beer, as well as a different ester/phenol profile we don't see from closed fermentations,” said Darnell.

ABC made the choice to lead with Belgian-style brews because they’re in-house favorites of the entire staff. Stick with what you know, right? “We like hoppy beers and farmhouse ales, so naturally we led off with Spring Street Saison, Battlefield IPA, Miss Fancy Tripel, and Mr. Todds Double IPA.” Currently, ABC produces approximately 10 Belgian-style beers throughout the year:

These are just some of the high-quality Belgian-style beers Alabama has to offer your holiday table this Thanksgiving. According to Darnell, a few other great local brews include Good People's Stepchild and Strongman, Straight to Ale's Brother Joseph, Yellowhammer's White, and Druid City Brewing Company and Fairhope Brewing Company, who have some good saisons. “Each of these beers is unique and great representations of those styles. I couldn't say one is better than the other,” said Darnell.

As for his favorite beer he’s ever brewed, Darnell said it has to be a sour ale that’s actually on tap at his house right now (no, you can’t have his address). “It was a 100% Brettanomyces-fermented saison that was aged for one year with lactobacillus. It's tart, complex, refreshing and easily one of my favorite brews.” To get a taste of Darnell’s brewing skills in person, come by the brewery for beers in the taproom and learn more about some of his latest experiments.

For a more in-depth look at ABC’s brewing processes and facilities, schedule a tour. Include up to 10 people per tour for $15 per person, which includes the tour, an ABC swag set, and either a pint of beer or a pint glass.

Kathy Wells is a freelance writer and editor who has never met a pizza she didn't like. In her spare time, she enjoys losing valuable hours basking in patio weather, singing her life as a musical, and fine-tuning her relationship with her couch—it's complicated.