5 Birmingham Hot Spots to Ring in the New Year 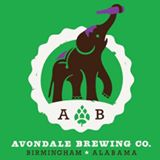 The Holidays are almost over and you're probably trying to lock in your plans for one of the biggest celebrations of the year, New Year's Eve. 2016 is going to be the year of priorities - You're going to lose weight, save money, get a raise, start a family, take a trip, and drink less beer? Woah, woah, woah! It's not the beers' fault, people!

It has been a great year for Birmingham craft beer so lets make 2016 the YEAR OF THE BEER. And on Thursday we're all going to celebrate by drinking a few. Everything in moderation, folks... including moderation.

Come on by the taproom to kickoff NYE before you head out to celebrate. Our pals around town are throwing some mighty fun parties. Here is a quick guide for all of you last minute planners.

For all you Alabama fans out there, they are featuring 1/2 priced Alabama-brewed craft beers during the game with a complimentary champagne or bier-tail toast at midnight.

Check their Facebook page for updates on specials. Dave's is a Birmingham staple where good company is guaranteed.

Oasis is a chill place to listen to music and eat spiked cherries - those suckers will sneak up on you.. indulge with caution. Wolves of Chernobyl go on at 8 pm and they will be playing all night.

Ring in the New Year at the Roof with live tunes by Gentleman Zero and drinks served up by Lakeview's best Crew. Party favors and champagne will be flowing along with Fireball, Jack, and the usual. For Booth rentals, contact Heath@tinroofbars.com.

Get to Innisfree before 10 pm and you won't have to pay a pesky cover. They will be playing the Alabama game and later will have music by DJ Blake and Mark A.D. Fireball toast at Midnight.

The Historic Loft District presents the 2016 New Year's Eve Block Party! Wristbands are $20 and get you into Rogue Tavern, Pale Eddies, Carrigans Public House, Collins Bar, The Wine Loft, & Tavern on 1st all night long with a champagne toast at Midnight. Wristbands can be picked up at any participating establishments.

New Years Eve with Man Or Astro-Man? at Saturn with the Pine Hill Haints and after show dance party with DJ Coco & Rocko

Free wings via Rowe's and the Alabama game will be on the big screen. Stick around afterwards for a free champagne toast at midnight.